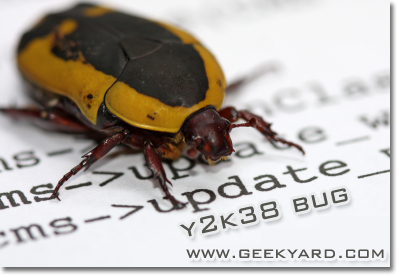 Alternative proposals have been made (some of which are in use), such as storing either milliseconds or microseconds since an epoch (typically either 1 January 1970 or 1 January 2000) in a signed-64 bit integer, providing a minimum of 300,000 years range.[5][6] Other proposals for new time representations provide different precisions, ranges, and sizes (almost always wider than 32 bits), as well as solving other related problems, such as the handling of leap seconds.
Posted by mans at 7:58 PTG